I am fortunate to have spent three (not four) months in Seattle, Washington at Facebook! Here is an overview of some activities and sightseeing accomplished during the term.

Overall, the Seattle winter weather didn’t really play in the favor of outdoor activities (fact: January had 28 days of rain), but nonetheless it was a fun term with friends and nice co-workers. 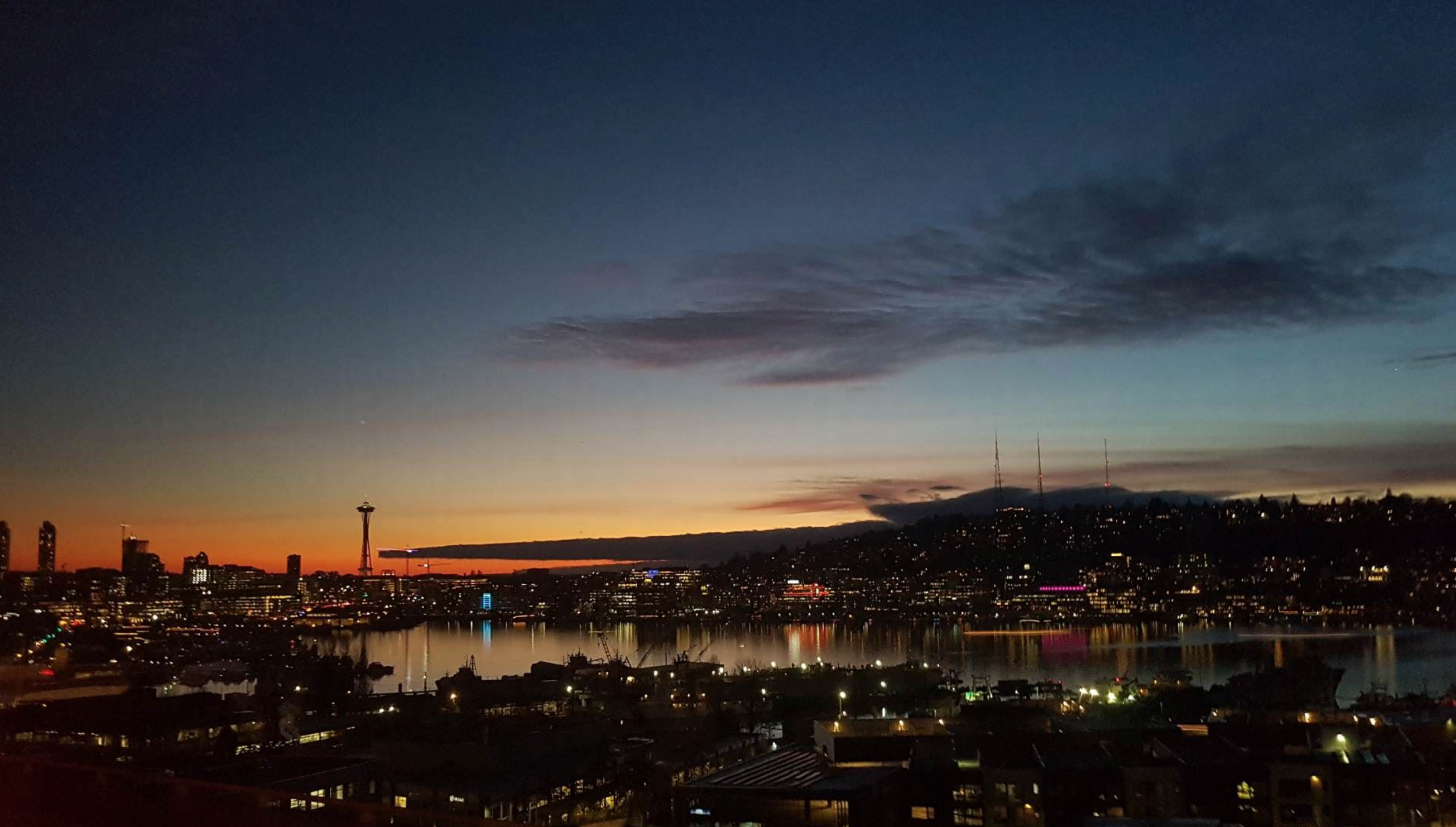 The Coronavirus (COVID-19) essentially sprung from being ever so distant in Wuhan, China but eventually landed at the doorsteps in Washington. After border restrictions were put in place, the University of Waterloo, Canadian Government and Visa Sponsorer (Cultural Vistas) all recommended to return.

While I originally refused (as I wanted to spend more time at Facebook), eventually CECA (UW’s co-op department) told Facebook to make co-ops return. In retrospect, it was the right decision for safety.

The corporate housing (624 Yale) was quite good - I’d place it between Bloomberg (92y) and Citadel (Block 37 Marquee) in terms of desirability. Fully furnished 2 bedroom 2 bathroom in South Lake Union made it easy to get to Facebook Dexter, and it was in a safe and quiet neighborhood. The bathrooms and kitchen were fully equipt with just about anything you’d need.

The bi-weekly cleaners were also a plus, in addition to in-suite laundary. The building’s gym was quite poor compared to Citadel’s rooftop gym, or even Bloomberg’s 92y gym. There weren’t any other amenities offered in the building, such as a swimming pool, and the lobby felt small. In addition, there was no 24/7 reception. However, it was substantially quieter than both Citadel and Bloomberg’s, so I enjoyed it. 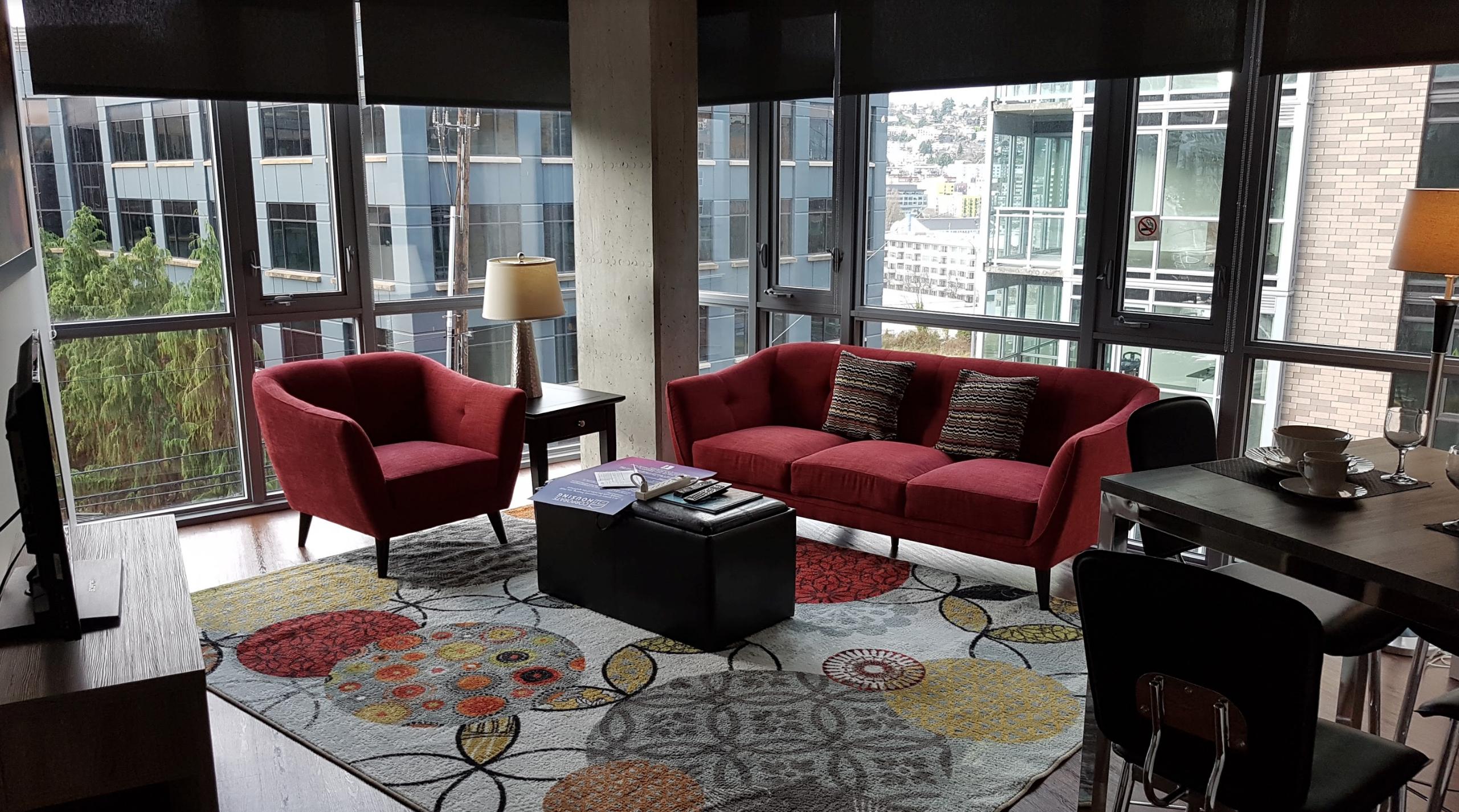 Seattle’s already dark and gloomy, the lack of lighting was a major issue during the winter rainy months. 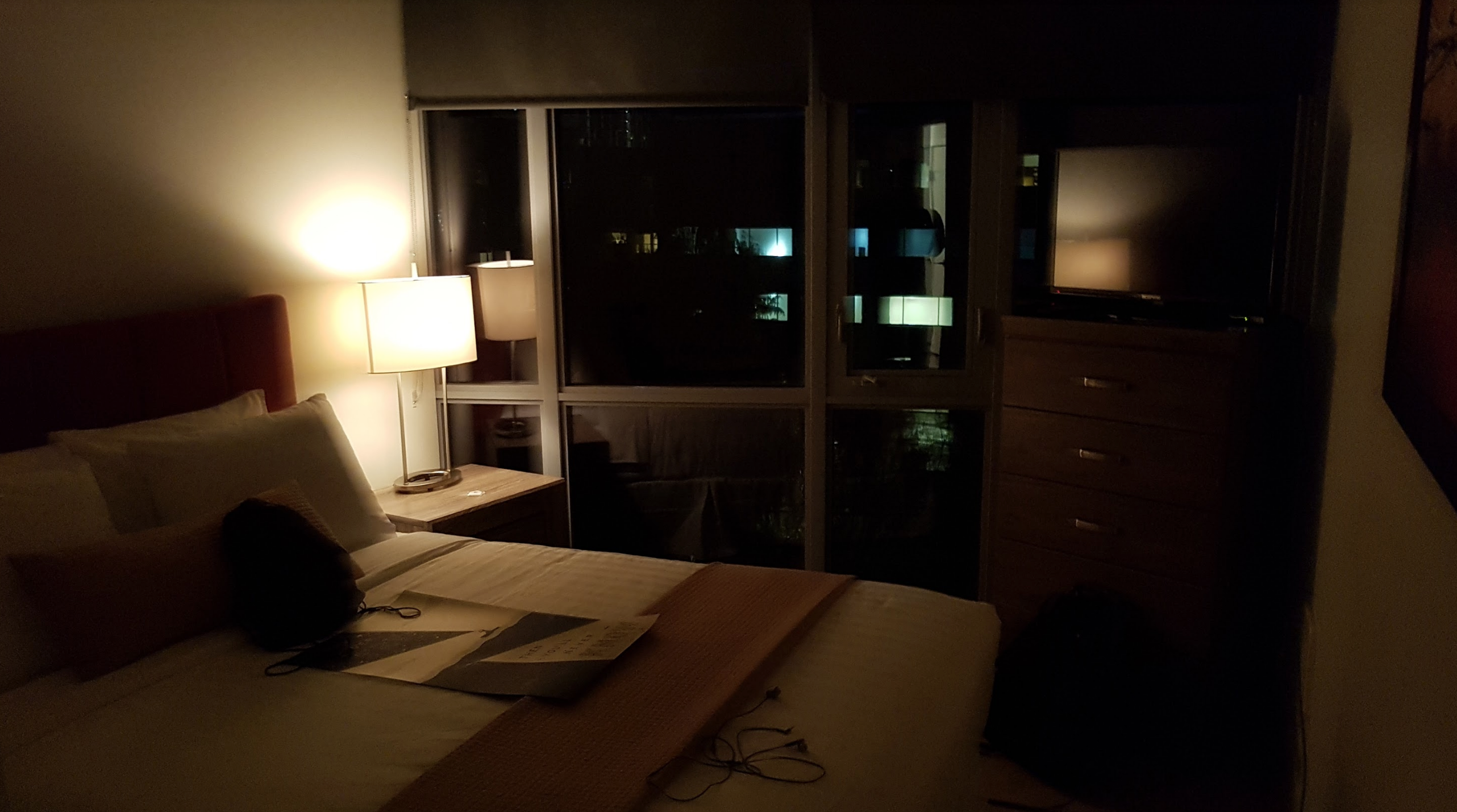 Of course, not an accomplishment or venture but the most important part of any internship; during my internship at Facebook I was on the Messenger RTC (Real-Time Communications) organization, more specifically focusing on call signaling. Not pictured here is a free Facebook Portal Mini. 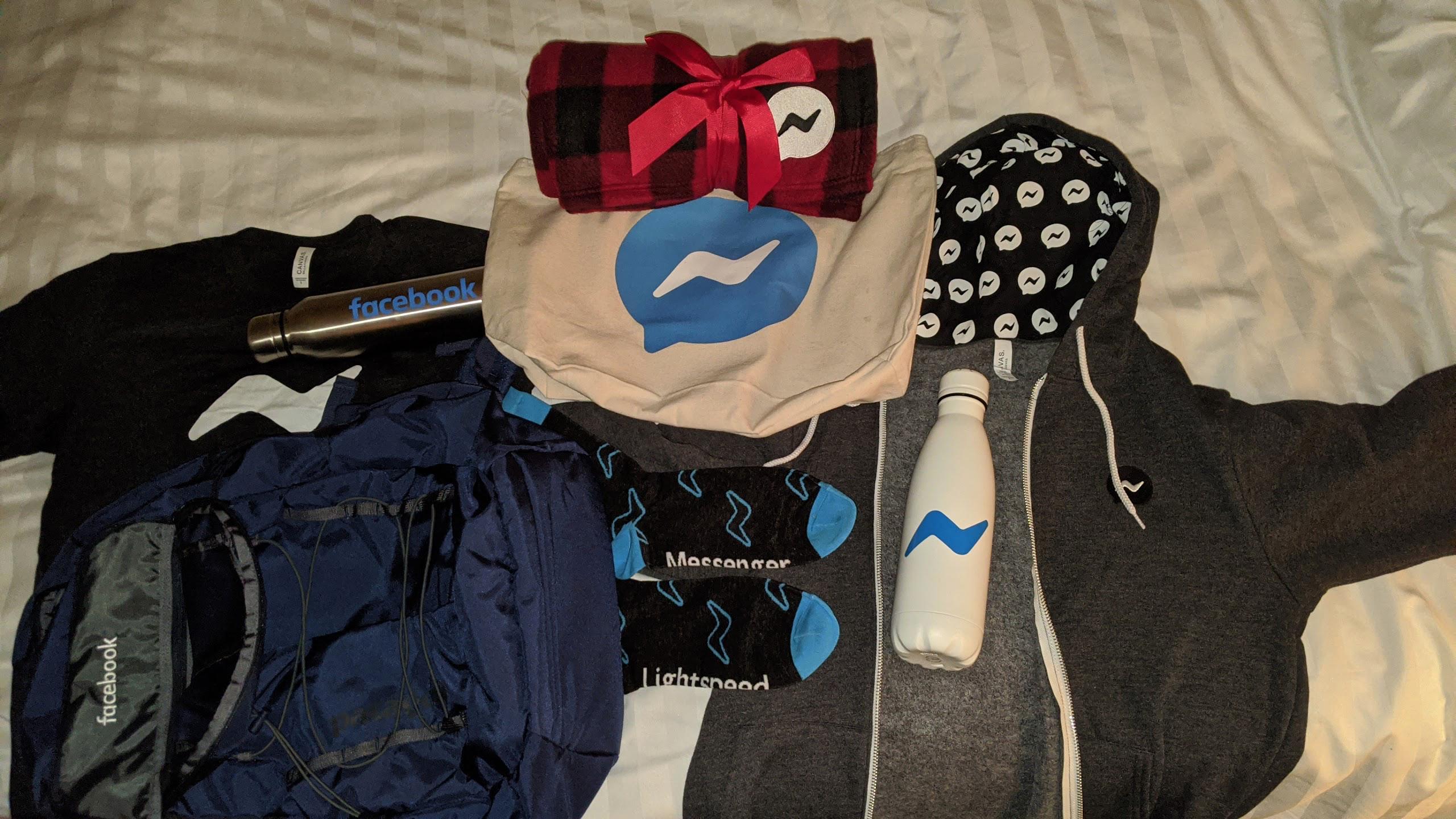 On the second weekend, I ventured out and hiked up Mount Si. I wasn’t entirely certain what to expect, but it turned out to be a fairly involved climb. The route can be seen below. 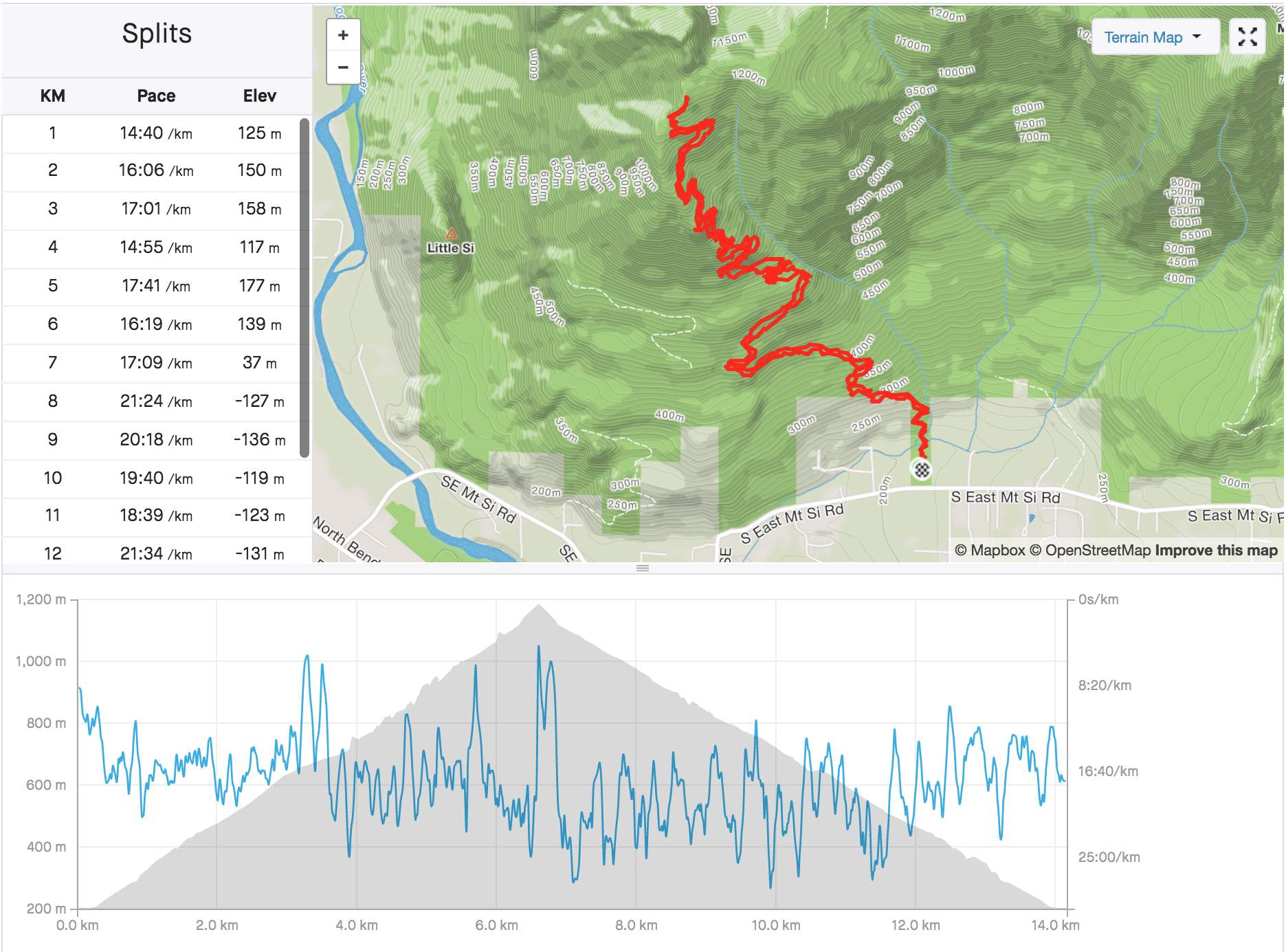 Coming in at around 1000m elevation gain (3300ft) over 14km roundtrip (8.7 miles), the route was certainly more involved than the Muir Woods trail in San Francisco several terms ago. The biggest difficulty wasn’t at all the actual route, but the lack of preparation on my part.

More specifically, I underestimated the amount of snow there was and I grossly missed on equipment such as spikes and poles. On several occasions I slipped on the ascent/descent, but slow and steady went ok in the end… in the future: gloves, spikes and poles. 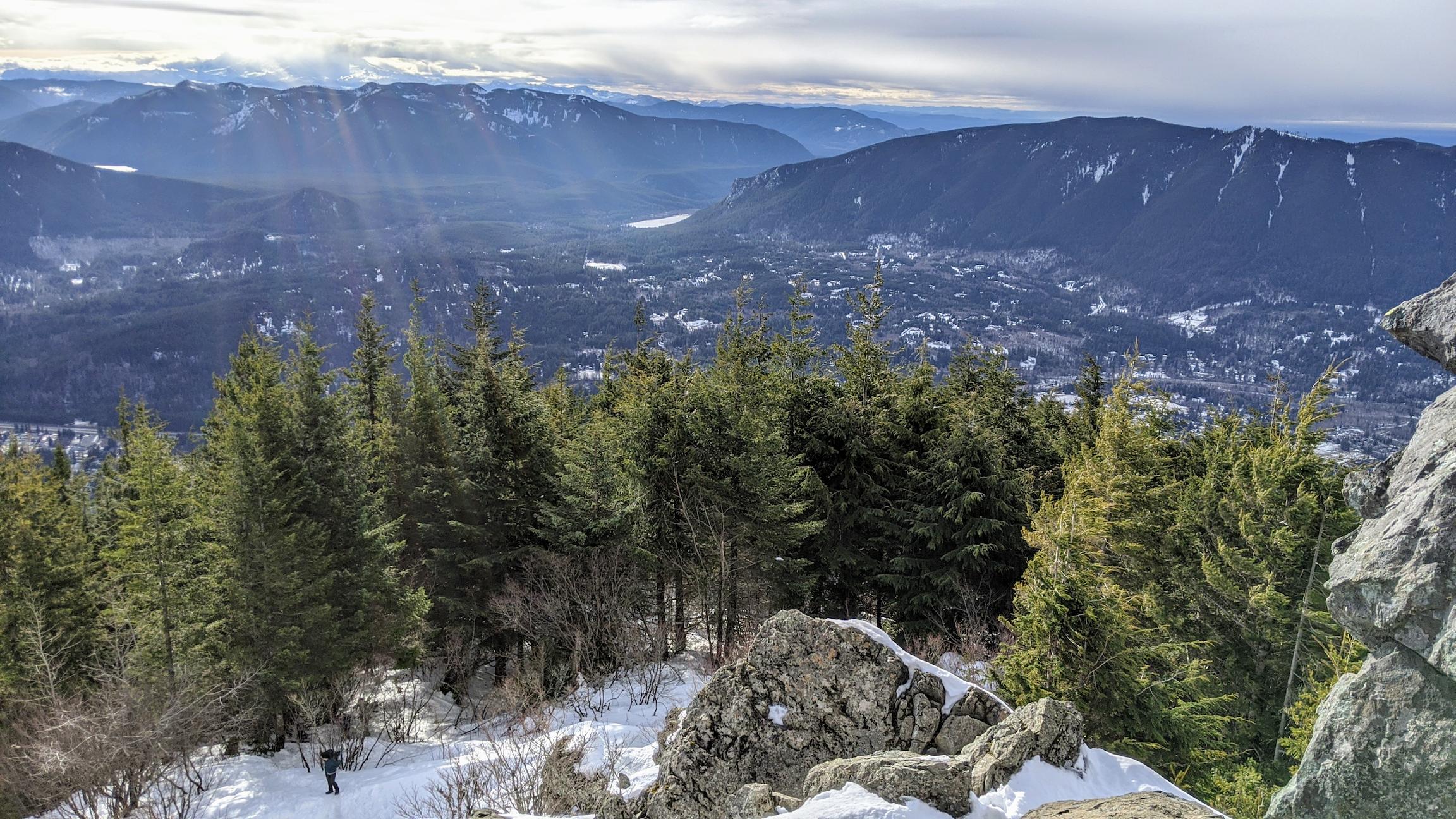 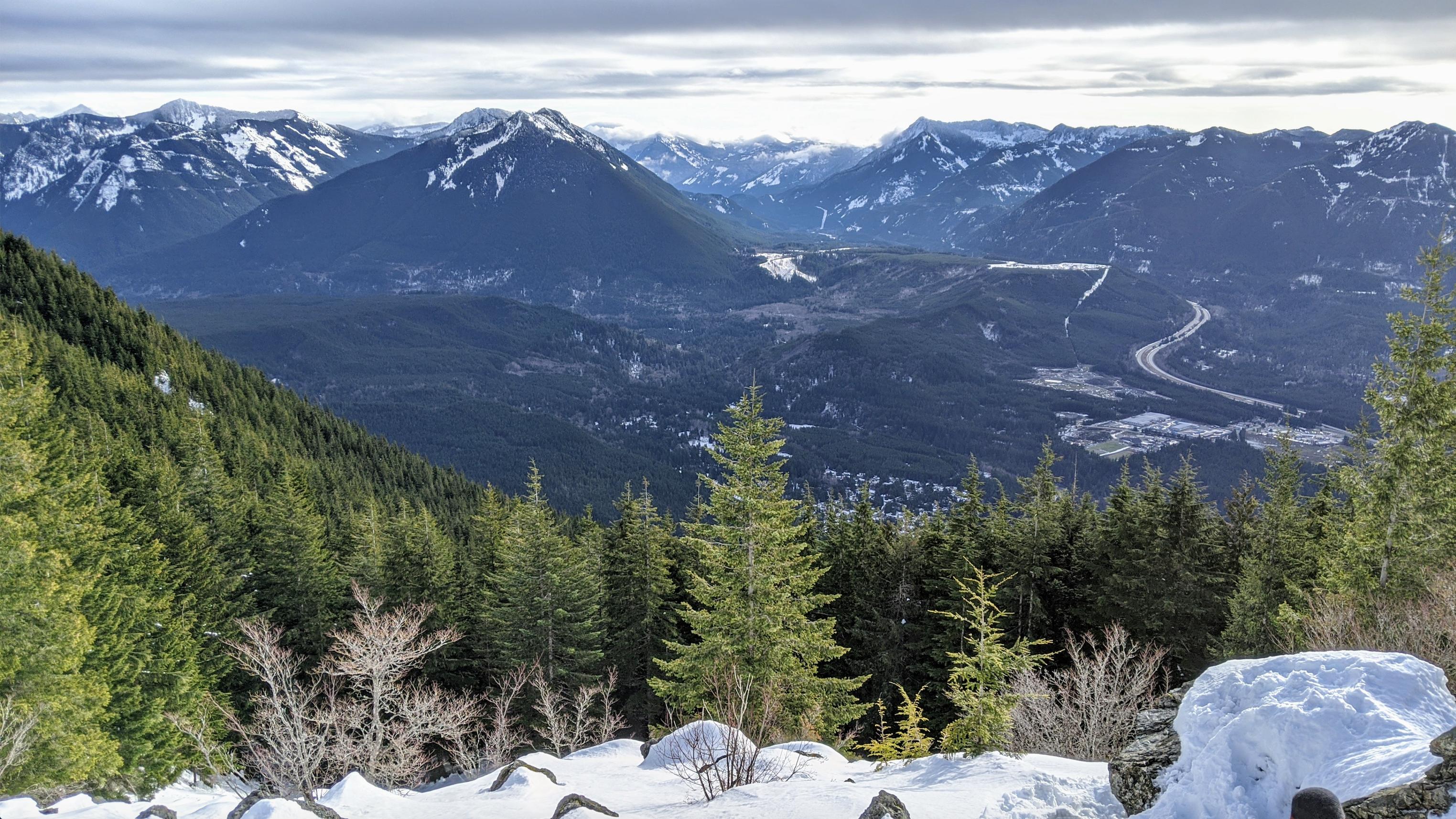 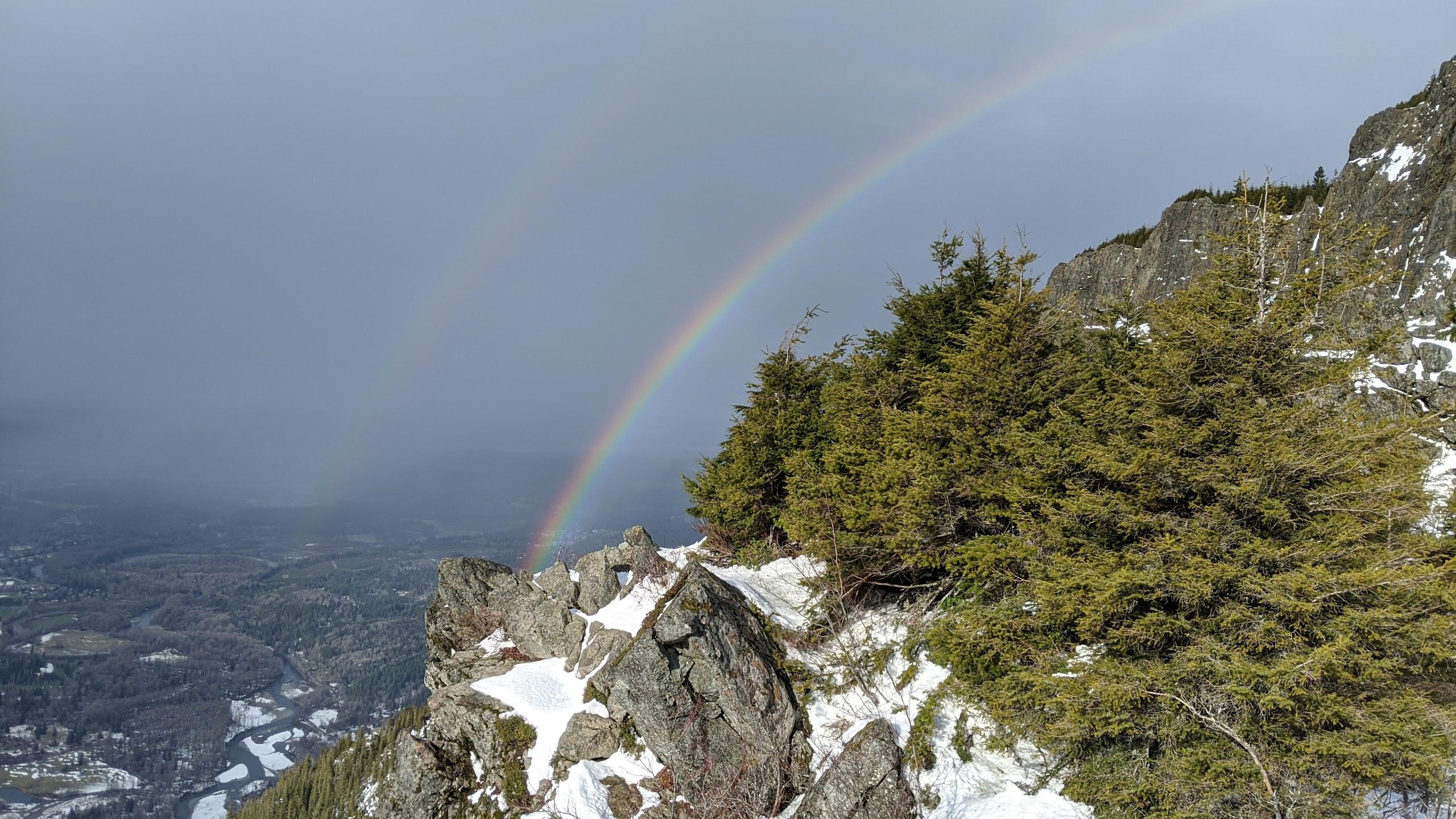 Another smaller hike followed, which wasn’t anywhere near as challenging and the view was just fog. Nonetheless, some statistics for that hike here. 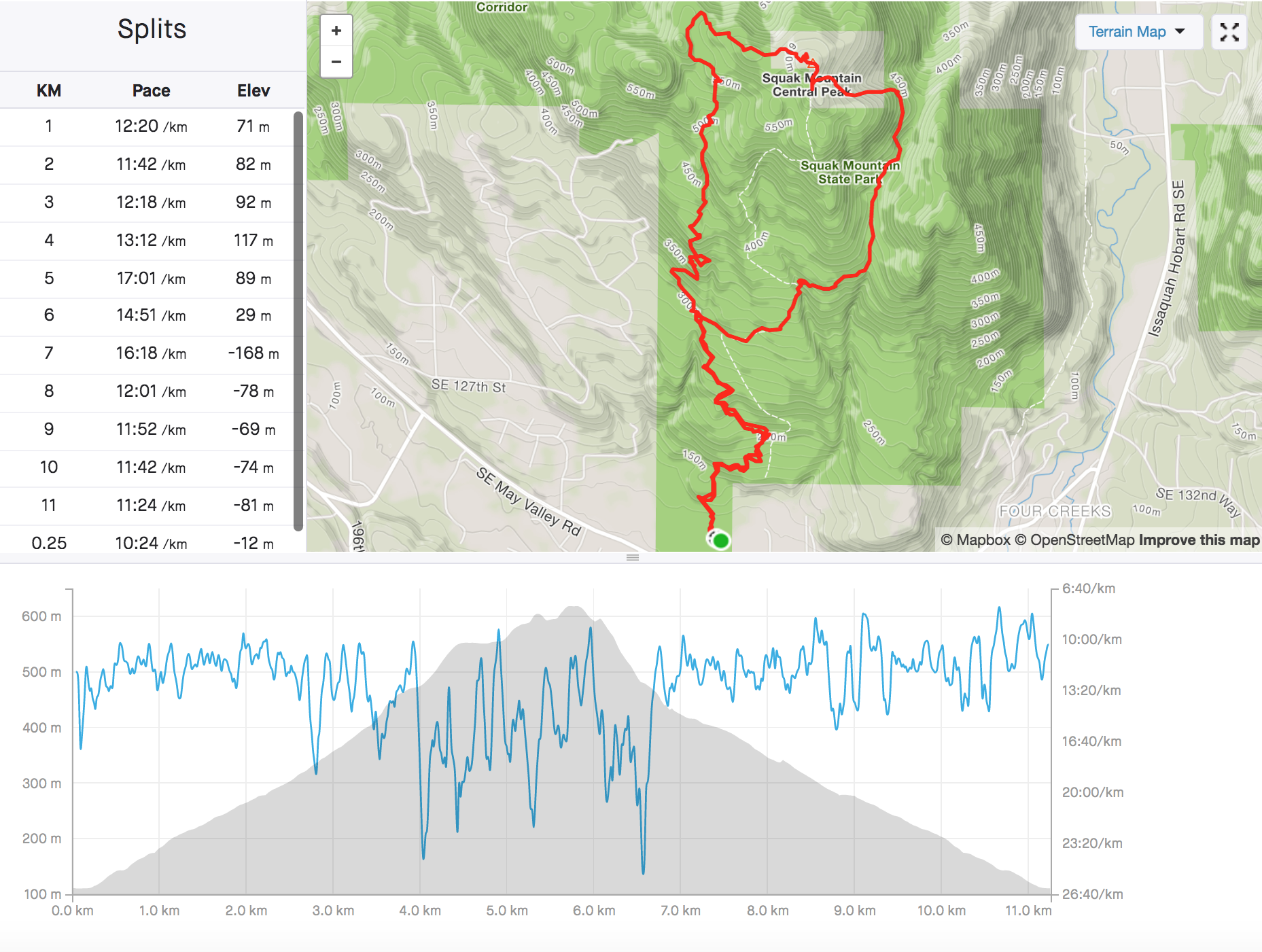 “Work from home Wednesdays”, aka paid ski trip for the entire Bellevue office. 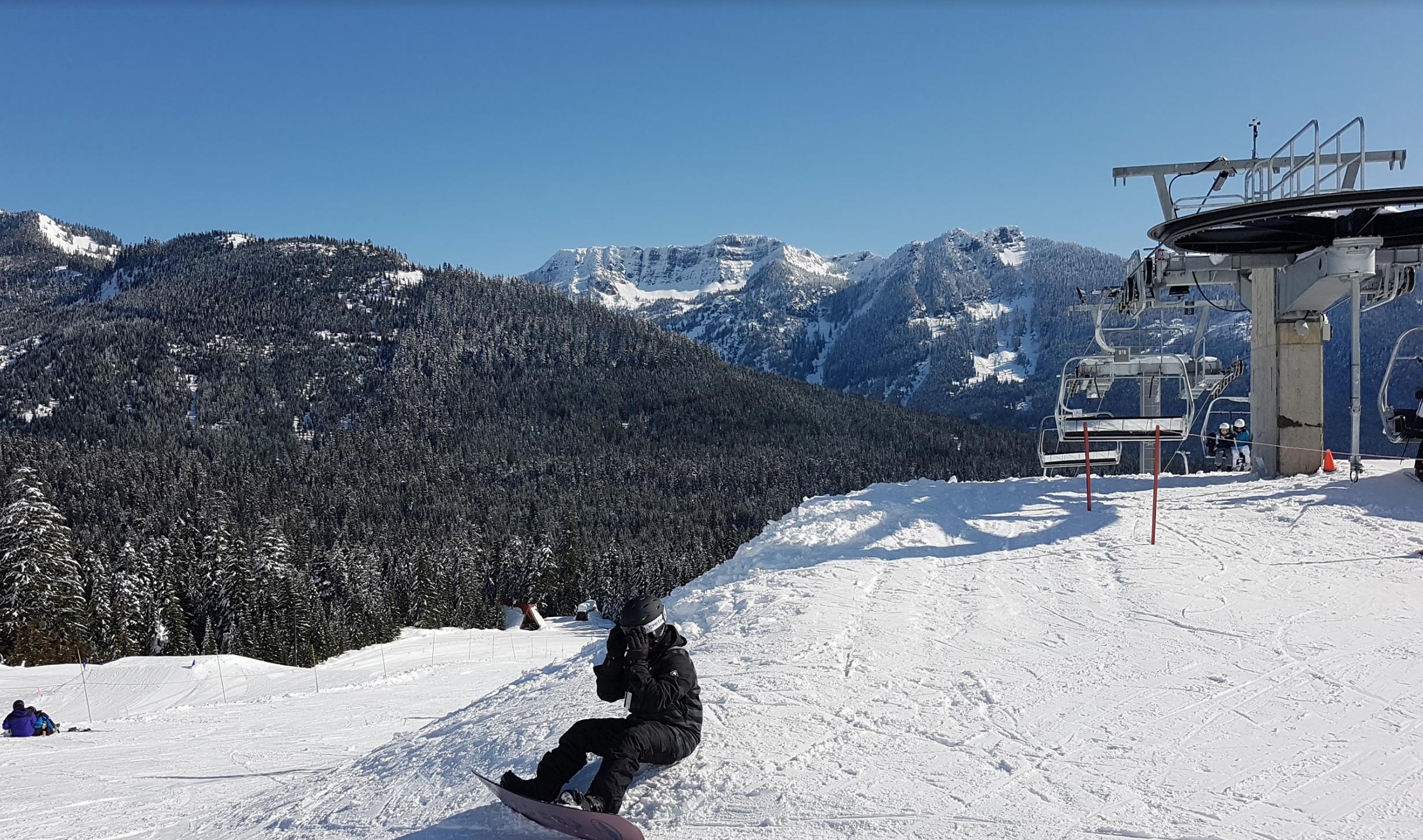 Not the best weather, nor went up Whistler mountain, but nonetheless touring Stanley park was enjoyable. 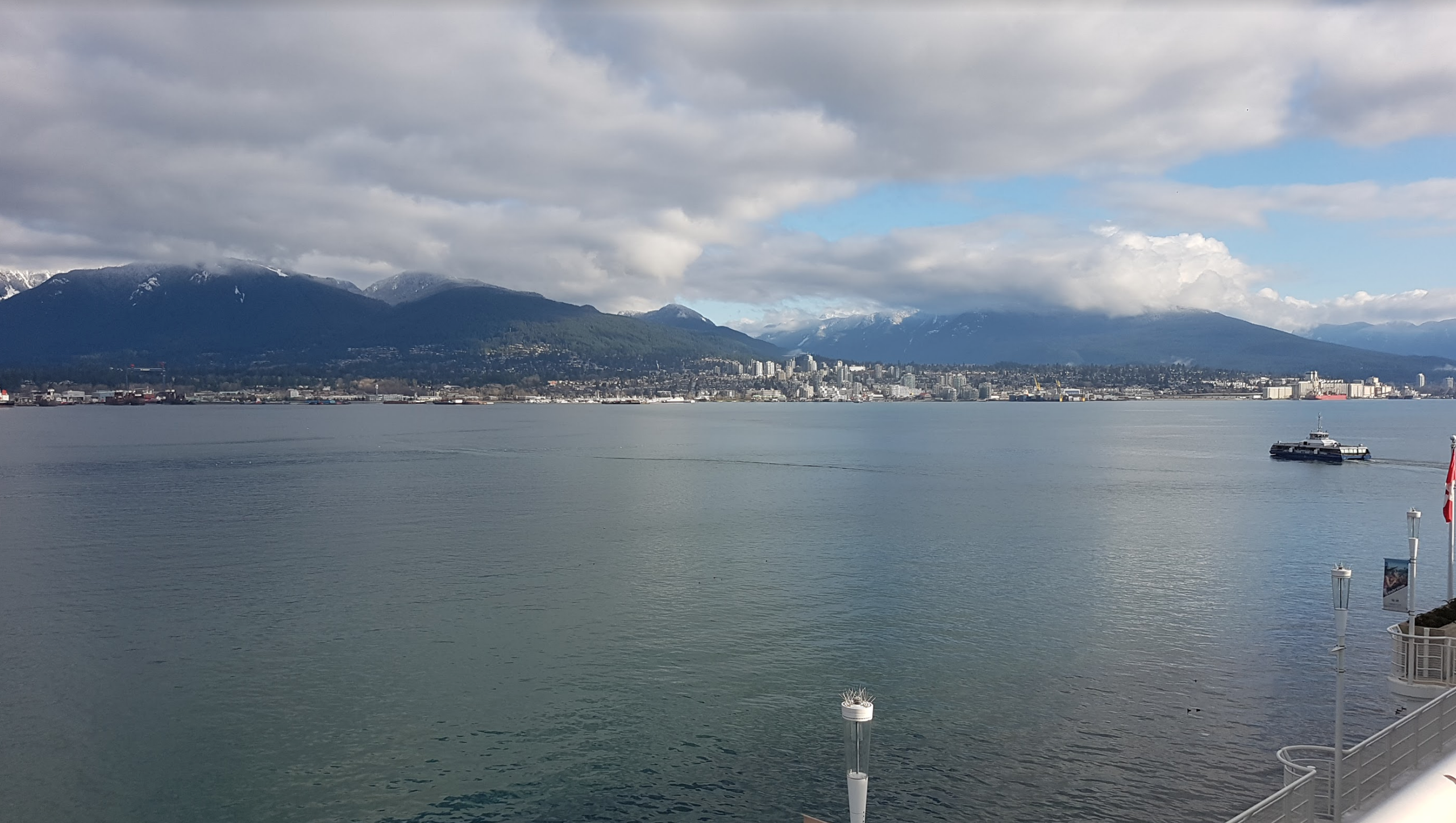 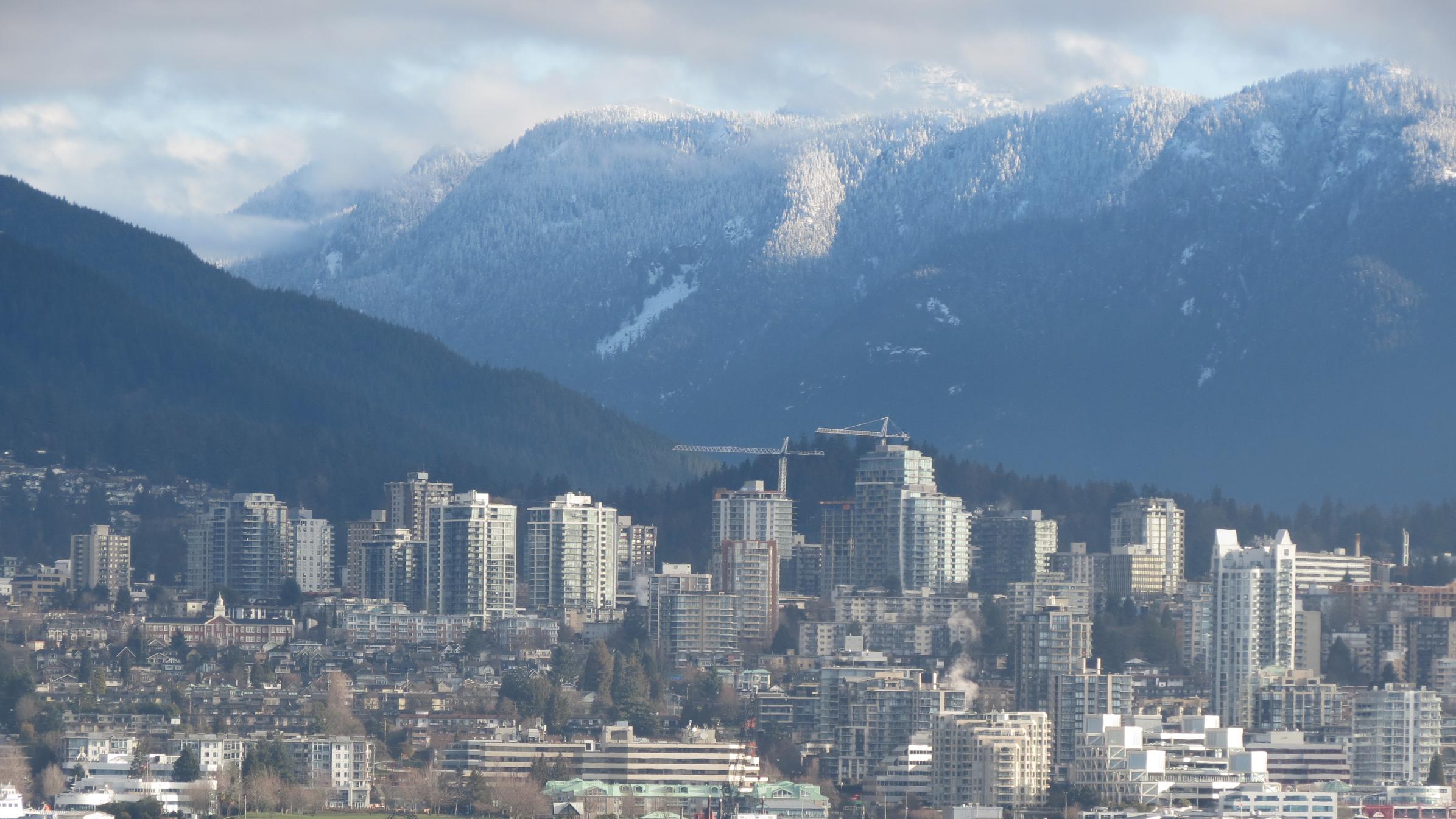 One of my friends from high-school had just started full-time at Facebook Seattle and lent me his hybrid Giant bike. The Burke Gilman trail was particularily pleasant to ride on. 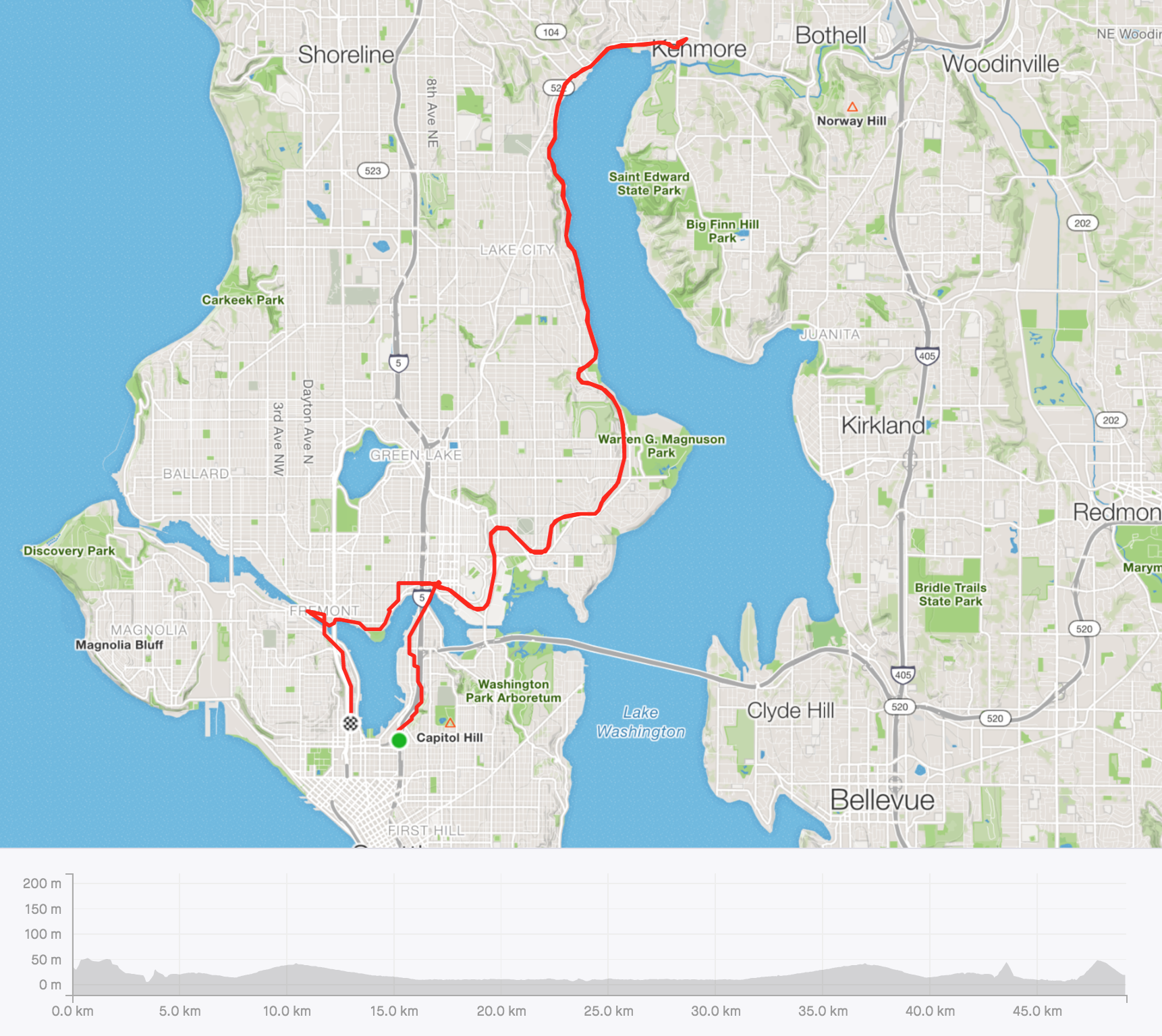 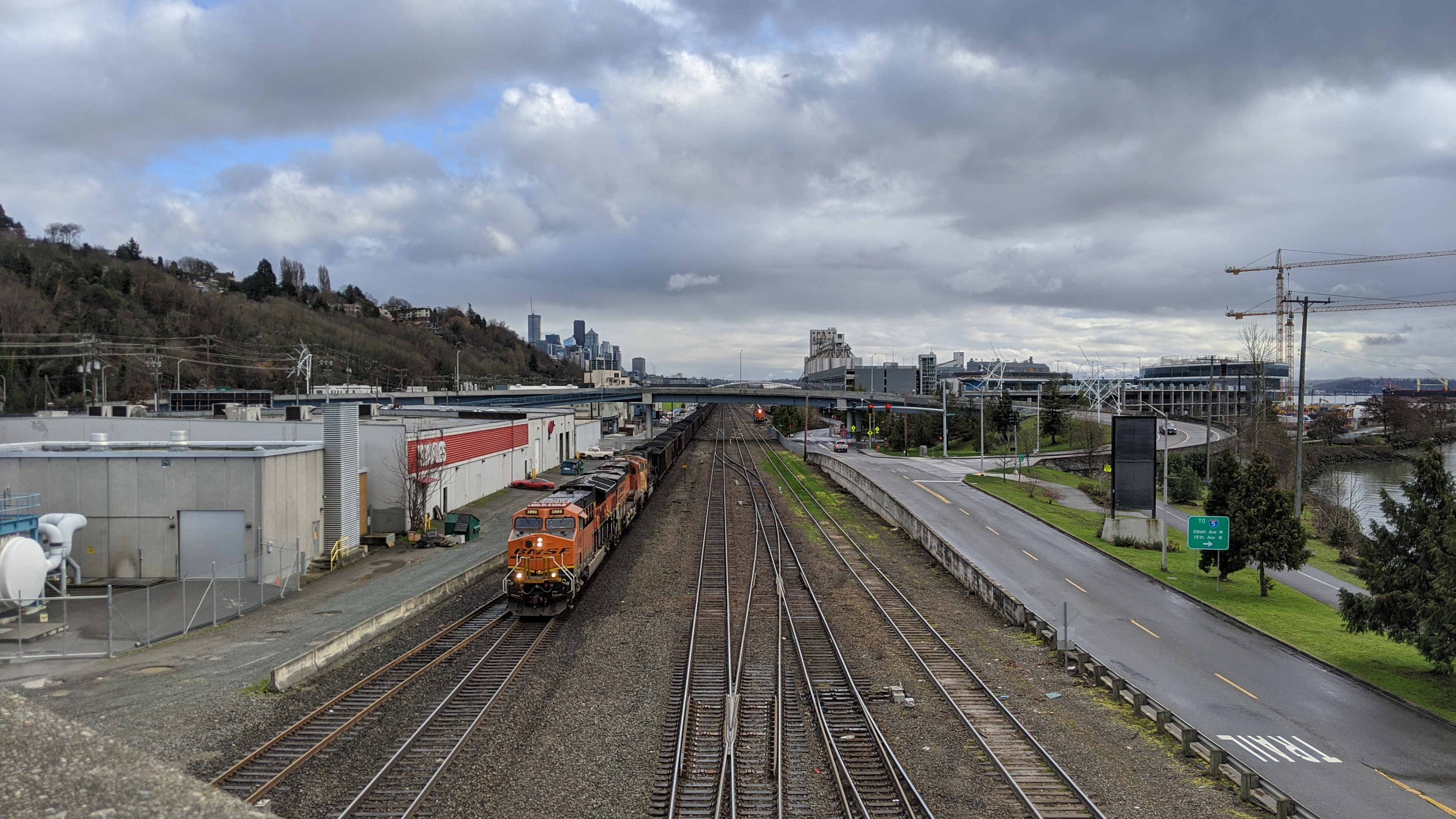